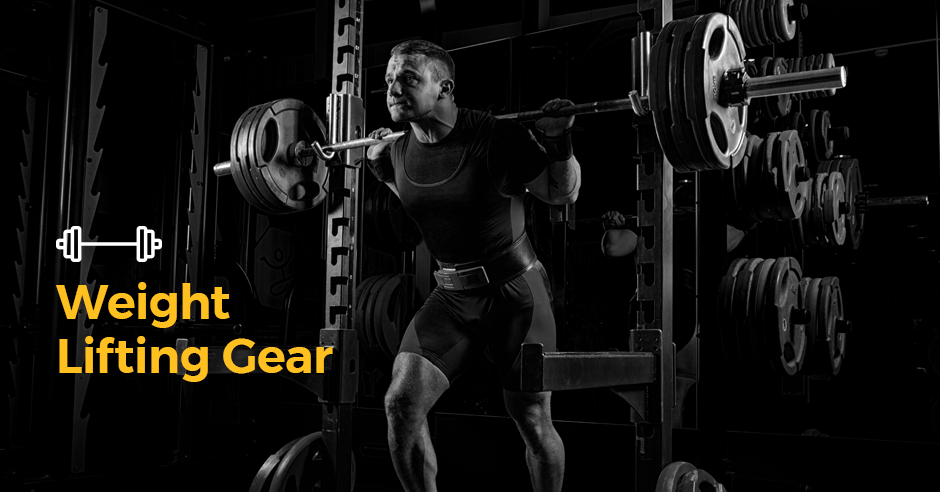 Geared Up for Lifting: Is Weightlifting Gear Worth It?

It has long been said that to do the job right you need the proper tools. Weight training is no exception, with exercise equipment being the tools needed to add muscle, trim body fat, increase strength and improve overall fitness.

While some equipment, such as dumbbells, barbells, weight benches, and free weights are essential, there are others that are generally regarded as optional. Examples include weightlifting belts, wrist wraps, weightlifting gloves, and other such things holistically referred to as weightlifting gear.

To be sure, there are weightlifters who wouldn't think of going through a workout without a weight belt or a knee sleeve, convinced that performance and safety would be negatively affected without them. Some will even say that their performance is affected by the type of shirt they wear while lifting.

But there are others who are just fine sticking with "the basics," having never worn a pair of weightlifting-specific shoes or used wrist wraps and have found no reason to proceed otherwise.

With that in mind, here is a look at the most popular weightlifting gear, with a focus on the role each plays and circumstances where they could prove beneficial.

Most people have a picture of what a weightlifting belt looks like: The wide, adjustable, leather strap that wraps around the waist and gives that broad shoulder, narrow waist look. But what does it actually do?

Primarily, a lifting belt provides additional support for the lower back during heavy lifts, such as squats and deadlifts. With that, they tend to be used far more than they actually need to be used.

Generally speaking, weightlifting belts are recommended for anyone lifting over 80 percent of their maximum during squats and deadlifts, two exercises that can put a strain on the lower back and core muscles. For other lifts, such as the bench press, there is no real benefit to wearing a belt, but plenty of people still do it. For some, the belt can serve as a type of security blanket, a foolproof way of preventing injury while lifting.

But nothing is foolproof, and nothing prevents injury better than being smart about how much you lift and how you lift it.

There are those who are against the use of lifting belts entirely. They point to the fact that these belts take away from the ability to strengthen the core during the exercise and can even reduce core strength if relied upon too much. Unless someone had a previous back issue that concerns them, or lacks adequate core strength, a lifting belt is something many lifters can do without.

The first thing to take to heart is that it is important to wear the correct type of shoe for all fitness activities. Weightlifting shoes differ from running shoes in that they have an elevated heel, which promotes proper posture while lifting. They also feature a hard sole, which maximizes force during the lift and helps keep the body stable.

Those two factors can be especially important while doing Olympic-style lifts, the snatch, and the clean and jerk, or heavy lifts such as the deadlift and the squat. The cushion found in a running shoe makes rolling an ankle more likely due to movement that can occur when pushing the foot against a soft sole during heavy lifting.

Most weightlifting shoes also have a strap that can be tightened to keep the foot in place, which also reduces the possibility of ankle or knee injuries.

For the most part, weightlifting shoes are for the powerlifting crowd, but they certainly can be beneficial for anyone looking to maximize their safety and lifts.

Knee sleeves and wraps provide support or protection for a previous injury. By compressing on the knee, they limit patella movement, which promotes stability. They also increase blood flow and help reduce pain and swelling.

Sleeves and wraps are not a substitute for a knee brace, so they should not be used if the knee is unstable. The benefits can sometimes be more psychological than anything else for someone who has had minor knee issues. Sometimes that is enough to give the individual the confidence to "get after it" in the weight room.

Wraps and straps are two different things. Wrist wraps are similar to knee wraps in that their primary purpose to provide added support for someone who has had a wrist injury in the past.

Wrist straps are used to be able to lift more weight than can be controlled and lifted with just your hands. One end of the wrap goes around the wrist, with the other end wrapped around the barbell. This allows secure contact that prevents the hands from slipping off the bar during heavy lifting.

Some fitness experts are against the use of wrist straps because of the negative effect it has on improving one's grip. A strong grip is a key element to lifting heavier weights, and the best way to improve one's grip is to keep asking it to handle more pressure and weight.

Lifting gloves are typically fingerless gloves with padded palms that protect the soft part of the hand, keep the hands from sweating, and prevent the buildup of calluses. As is the case with straps, the use of gloves limits the ability to build a stronger grip.

However, there is something to be said for having a sure grip on the bar when completing such lifts as a deadlift. If sweaty hands are a problem when working out, gloves could be the answer.

For most people, the one clear advantage of using lifting gloves comes in the prevention of blisters. Even a small blister can put a limit on how much you can do in the weight room, and, in extreme cases, blisters can keep you from working out until they heal.

Weightlifting gloves also can provide added wrist support, so for some, they could be a better option than wrist wraps due to the added benefits of protecting the hand.

Chalk is an alternative to gloves for those who have problems with sweaty hands or with having the bar slip out of their hands.

Chalk provides friction because it reduces the moisture in the hands. It is a better option than gloves for those who want to feel the bar in their hands. Using chalk can become a habit, with the bar not feeling good in your hands without it. If excessive hand sweating isn't an issue, chalk is something that most weight lifters can do without.

Overall, a lot of gear comes down to personal preference. Choose the pieces that make you feel safer, stronger, and more efficient. If you have or had an injury, be sure to check with your doctor to ensure you're cleared to move forward.

If you are interested in learning more about maximizing workouts, consider taking the ISSA's course to earn a certification in strength and conditioning. 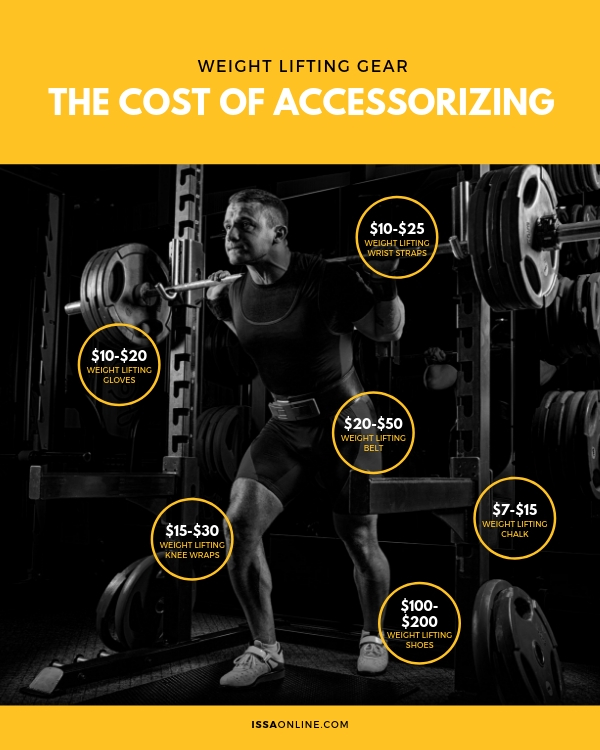