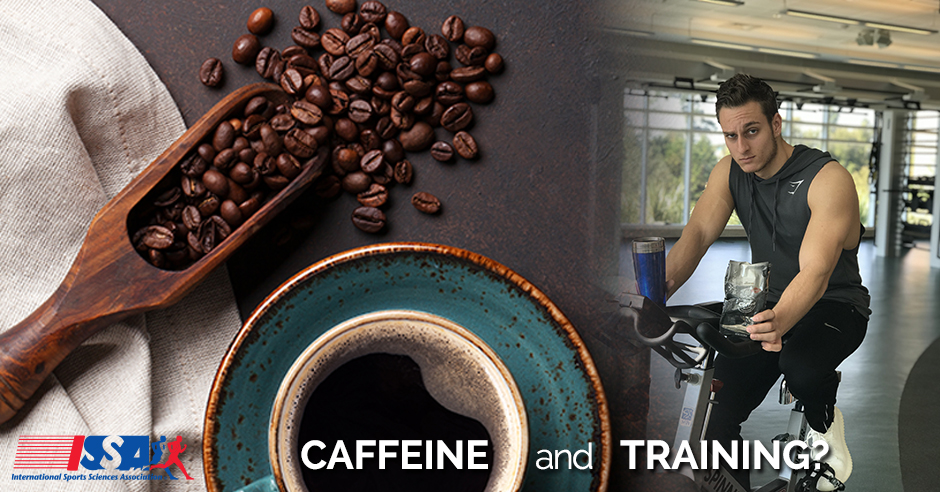 This article is part of the ISSA's Clinical Research Evidence Series

Everyone wants to get rid of fat but there are many varied opinions about how best to achieve that goal. Many fitness professionals are touting the benefits of coffee for losing unwanted fat, but they're not telling the whole story.

In this article, we're going to dig into the concept of fat loss via caffeine consumption or coffee and it impacts on fat metabolism.

We thought we'd present some research, take out all the jargon, break it down, and let you make the best decision for your clients.

The Truth Behind the Claims...

Coffee alone does not cause fat loss.

Research studies have found that caffeine enhances the mobilization of fatty acids during the process of fat loss during aerobic exercise. It moves more fatty acids out of storage and into the mitochondria to be used for energy, thus promoting the loss of fat.[1, 2, 3, 4]

If you slam a coffee and then sit on the couch, don't expect to lose any fat. Caffeine plus exercise triggers the catabolic effect of increased fatty acid oxidation.

When the body is aerobically active, the need to take in oxygen increases. This is why we start to breathe heavily, feel our heart rate go up, and experience an increase in blood pressure when doing an aerobic workout.

The key to losing fat during this kind of workout is the fact that fatty acids are moved from adipose storage to mitochondria inside of cells.1 In the mitochondria, oxygen is put to work and the fatty acids are oxidized for energy. By exercising aerobically, we take fat out of storage and put it to use.[4]

This is fat loss.

The oxidation of fatty acids to support physical activity occurs when the body has determined that it needs to utilize stored energy when other more readily-available sources of energy have been used up.[2]

Caffeine Helps You Work Out Longer

There are some ideas from research to explain the caffeine—workout—fat metabolism effect.

One of these is that caffeine increases the ability to work out for a longer period of time. Time to exhaustion is extended by caffeine, which means you can exercise for a longer amount of time, and therefore burn more fat and calories.[1]

Your stretched out time to exhaustion will also improve maximum output and maximum oxygen consumption, which directly lead to more fat oxidation and more free fatty acids that can be utilized for energy.

In other words, thanks to the caffeine hit, your body is able to take in more oxygen and this means more fat can be oxidized.

Caffeine is also known to have an effect on respiratory exchange ratios, the amount of oxygen taken in through respiration versus carbon dioxide released. Caffeine increases the ratio in favor of more carbon dioxide production and greater oxygen intake and utilization.1

The impact of drinking coffee or tea before a workout is a waterfall effect. The result of increased fat oxidation in turn leads to a decrease in the production of lactate.[1] Lactate is a metabolite produced when you exercise. It contributes to the fatigue and pain that slow you down and make you quit early during high intensity or anaerobic exercise.

Lowered lactate production leads to yet a greater increase in time to exhaustion, so you can keep at it longer and keep burning even more fat.

And, the presence of lactate in muscles tends to slow down the breakdown of fatty acids, so if you are producing less lactate, your muscles will be able to continue oxidizing more fat from storage.[2]

There is a real connection between caffeine consumption and fat loss. However, when you may also have to burst a few bubbles when you tell clients that caffeine is not a magic weight loss bullet. Remind them that caffeine before a workout can increase fat burn, but that the exercise element is crucial.

The ISSA recently published an article about coffee that inspired some pretty strong opinions from our readers. Our argument was that coffee, brewed at home with some added fat, is healthier and cheaper than a latte purchased at your favorite coffee shop. Hey, we all want to save money and get healthy, right?