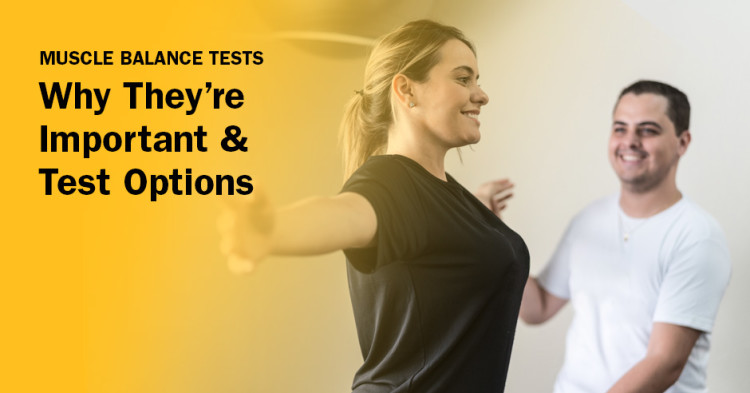 Welcome back for this third installment of the article series. If you have read up on the previous topics and applied what you have learned, you should notice a few results already starting. Your clients should be much more aware of their posture, their weaknesses should be improving, and if your new found expertise has caught on, you have a few new clients who are impressed with your knowledge. If, however, you have not been able to fully correct your client with just the information that I have presented, then read on. This article is going to focus attention on the postural control center, the pelvis. Get yourself an anatomy book, and get ready, this is going to get a bit more complex.

As I mentioned, this article is going to be focused on what is commonly referred to as the core. This is not the term I use for the pelvic complex, because it is just one part of the entire core. A better term is the lumbo-pelvic-hip complex. It refers to all the parts that are associated. The major joints involved are the sacroiliac joints, pubic symphasis, and the hip joints. There are about 29 major muscles that influence this region, but for simplicity, we will only focus our attention on the important muscles that have the most influence on distorting posture and causing pain. The muscles of importance are the psoas major, quadriceps, hip adductors, erector spinae, lumbar multifidus, quadratus lumborum, gluteals, hamstrings, rectus abdominus, external obliques, internal obliques, and transverse abdominus. If you are not familiar with the origins, insertions and function of these muscles, please stop reading and look them up. This will allow a more basic understanding for what is to come.

The pelvis can assume many types of malalignments in different planes, but we will only focus on pelvic alignment in the sagittal plane. The most common deviation seen is accessive anterior pelvic tilt. This faulty alignment can be seen in the picture to the right. To measure this, first we must locate 2 main structures, the anterior superior iliac spine (ASIS), which will be a large bony structure about a 45 degree angle inferior and lateral to the umbilicus. Now the posterior superior iliac spine (PSIS). Trace the ilium around from the ASIS to the back of your client. It will be seen as a large dimple. Refer to a massage therapist or other health professional with palpatory skills if you are not sure or cannot find it. Now, with one finger on each structure, kneel down and view your client from the side. Which is higher, the ASIS, or PSIS? In most cases, the PSIS is significantly higher than the ASIS. This is called an anterior pelvic tilt. The pelvis is tipped more anterior than posterior. Don't be mislead, some degree of anterior pelvic tilt is normal. What we are looking for here is excessive tilt, anything beyond 10 degrees.

The long/inhibited muscles include:
Gluteus maximus, which causes hip extension and opposes the psoas major. Hamstrings, this muscle can be tricky, It may be weak but appear tight simply because it is a synergist to the gluteus maximus and may be compensating. Deep abdominal wall, this includes the tranverse abdominus, and internal obliques which may become inhibited due to facilitated lumbar erectors.

The main contributor to anterior pelvic tilt is usually the psoas major. Dr. Vladimir Janda states that if the psoas major is tight, it can disrupt the muscle balance relationships of the entire postural chain. When the psoas is tight, it pulls the pelvis into anterior tilt, thereby increasing hip flexion and shortening all hip flexor muscles. Since the psoas has its origin on the lumbar spine vertebrae, when it shortens, it pulls the spine into extension. This causes the lumbar erectors and quadratus lumborum to shorten. The short/tight muscles will inhibit their antagonists. The gluteals, which contribute strongly to hip extension, will be inhibited by the psoas, causing the hamstrings to pick up the extra force. The deep abdominal wall will be inhibited by the lumbar erectors, and their synergist, the psoas major. Due to the neurological connection, other muscles in the deep stabilization mechanism may become dysfunctional. This may include the pelvic floor and lumbar multifidus. 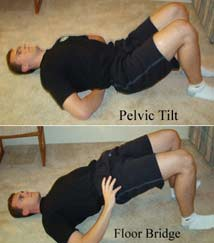 Correction of excessive anterior pelvic tilt includes postural cueing, stetching the tight muscles, and strengthening the long inhibited muscles. Postural cueing for the pelvis includes teaching the client how to find a neutral pelvis. This is done by teaching your client to perform a posterior pelvic tilt, then perform an anterior pelvic tilt, then find the position in the middle of the two. Or you could use the test position and instruct your client to tilt their pelvis until the PSIS and ASIS align properly. Remember, tilt the pelvis, not the whole body! Use this procedure in all exercises to re-enforce the motor program. Corrective stretches should be performed prior to initiating any exercises. Stretch the quads, psoas major, hip adductors, lumbar erectors, and quadratus lumborum. Refer to a good stretching book for demonstration. Strengthen the weak muscles by performing exercises that isolate the weaknesses first. I use floor bridging, and supine posterior pelvic tilting. Perform the floor bridges emphasizing an equal glute squeeze. Perform them at 30 second static holds, and then 15 second rests. Repeat this sequence until 3-5 minutes of total tension is reached. Eventually, your client should be able to work up to a static 3-5 minute hold. The key to posterior pelvic tilting is to not recruit the rectus abdominus, as it will increase thoracic flexion and encourage upper cross syndrome. Lie supine will knees bent and hands under your lumbar spine directly behind the umbilicus. Take a deep diaphragmatic breath and upon exhaling, gently draw the belly button toward the spine and apply a small amount of pressure into your hands by tilting the pelvis posteriorly. This will activate the external and internal obliques to tilt the pelvis. If the rectus abdominus is being recruited, you may be pushing too hard. Hold for 10 seconds, then rest for 10 seconds. This should be repeated up to 10 reps for 2-3 sets. Progress the legs away from your rear end as you improve. Now add these exercises to the ones you have been performing for the upper cross.

Read Part 1: How to Improve Muscle Balance and Stability for Increased Performance