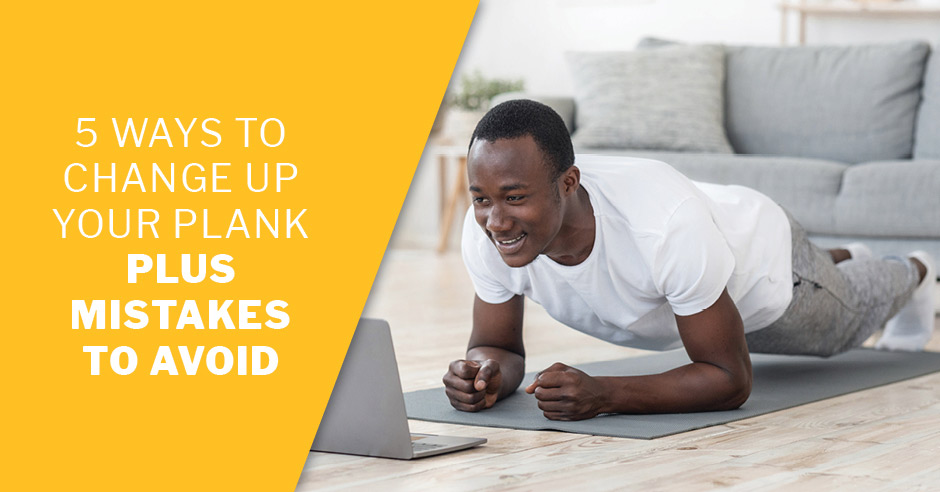 5 Ways to Change Up Your Plank, Plus Mistakes to Avoid

The plank is an effective bodyweight exercise that will leave your clients' core muscles burning. Planks require a level of focus and struggle that some people seek, and others despise. Whether clients love them or hate them, when done correctly, planks are a great way to increase core strength.

There are many different variations of the standard plank position. However, before you modify the standard plank, it's important to learn how to do it correctly. We'll outline the correct form, explore some of our favorite plank variations, and include a few of the most common mistakes.

With only bodyweight and very little movement, you would think this exercise would be easy. But, the forearm plank (also called elbow plank or even low plank) can make your clients sweat and wish that time would move faster!

The following list includes five of our favorite plank variations to change up your core workout and really engage that muscle group.

This plank variation, also called high plank, is very similar to the standard plank, but it has one small difference.

The plank rocks variation is very similar to the basic plank but with a little movement.

Side planks are a great exercise to target the sides of the core muscle group (obliques) for maximum core strength.

Target the posterior (back) side of the body in your plank workout by giving the plank a little flip.

As a personal trainer, there are a few key mistakes to watch for during your client's plank pose.

With the traditional plank and all variations, proper form is more important than the length of time a client can hold the plank. As with all exercises, it's essential to have a good grasp on proper form as well as ways you can modify the exercise to make it more challenging for clients.

Have you been wanting to take the first step toward doing something you love? Start living your passion with ISSA's Personal Trainer Certification. What are you waiting for—get started today!