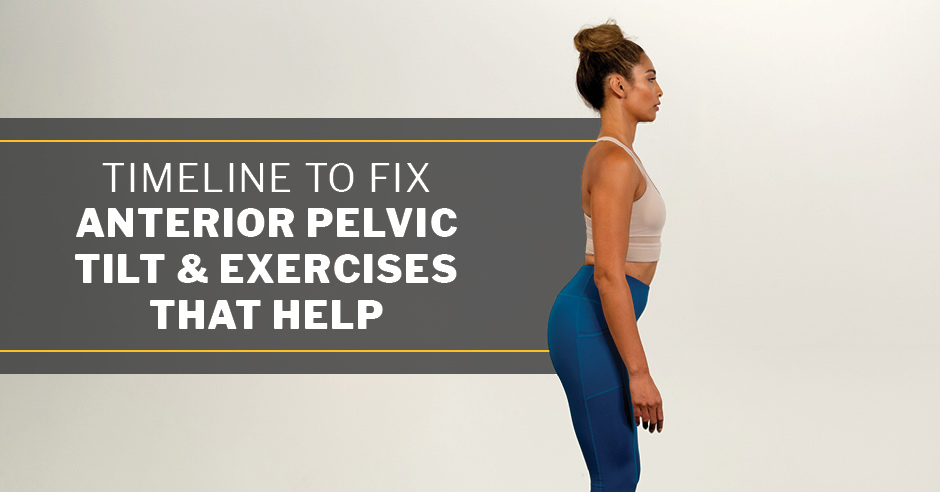 The pelvis serves many important functions. It assists with lower body movement, supports abdominal organs, and plays a critical role in pregnancy and childbirth. The typical pelvic position when standing is a slight forward tilt. Yet, some people have an even greater tilt, called an anterior pelvic tilt.

What Is Anterior Pelvic Tilt?

The normal pelvic position is referred to as a neutral pelvis. In this position, the pelvis is tilted forward at roughly a 6- or 7-degree angle. If the forward tilt is greater than this, you are considered to have an anterior pelvic tilt.

One study of 120 people in their early to mid-20s found that as many as 85% of the males and 75% of the females had anterior tilt. Only 9% of males and 18% of females had a neutral pelvis. This highlights how common anterior pelvic tilt is in the population as a whole.

In some cases, a forward pelvic tilt is caused by a tight muscle. For example, a tight hip flexor may be to blame. What causes the hip flexor to tighten up? Sitting for long periods.

The term ‘hip flexor’ refers to the iliacus, iliopsoas, and rectus femoris muscles. This muscle group connects the pelvis and lumbar spine to the thigh. A tight hip flexor creates more pull on the pelvic area. This can cause it to tilt forward more than usual.

Weak gluteus muscles can further contribute to this cause of anterior pelvic tilt. This is because weak glutes don’t have the strength to fight against a tight hip flexor. In this battle, the hip flexor often wins the internal tug-of-war. And the pelvis loses out.

In addition to hip flexor tightening, anterior pelvic tilt can also result from weak stomach muscles. Abdominal muscles help support a healthy pelvic tilt. If they are not strong enough to keep the pelvis in this alignment, it could easily tilt forward.

Consequences of a Tilted Pelvis

Poor posture is one of the most apparent consequences of a pelvis tilted too far forward. This is sometimes called lumbar lordosis or swayback. With lumbar lordosis, the pelvis tilts forward, causing the buttocks to stick out. (If you have a lot of space between your lower back and the floor when lying down, you may have lumbar lordosis.) This can lead to pain.

Research explains that, with excessive anterior pelvic tilt, the sacral plateau—the point where the trunk’s weight is transferred to the pelvis—becomes more horizontal. In this position, the hip joint “almost completely covers” the posterior head of the femur. When this occurs, hip extension is limited.

Anterior pelvic tilt can also place more stress on the lumbar spine. The lumbar spine is more commonly referred to as the lower back. It consists of the five vertebrae between the bottom of the ribs and the pelvis. Increased stress on this area can lead to low-back pain.

Tight hamstrings sometimes cause a backward pelvic tilt. Another potential cause is reduced muscle strength in the legs, which provides inadequate support for the pelvis. This position can lead to pain in the lower back. It can also result in movement limitations.

It should be noted that people can also have a lateral pelvic tilt. This is when one side of the pelvis sits higher than the other. This can lead to a muscle imbalance.

Since many of the causes of anterior pelvic tilt are tight or weak muscles, exercise can often help. If the pelvic tilt is due to a tight flexor muscle, for instance, doing stretches that target this area can help it relax. When the hip flexor is relaxed, it doesn’t place so much pull on the pelvis. Strengthening the glute muscles also helps combat this pull. This allows for a healthier posture.

Because abdominal muscle helps support a proper pelvic tilt, focusing on the midsection when strength training can also assist. The stronger the muscle in this area, the more support it can provide to the pelvic region.

There are a variety of exercises that can help correct anterior pelvic tilt. Some work by strengthening the muscles that provide the pelvis support. Others strive to stretch tight muscle, enabling the pelvis to return to a healthier position.

Build the muscle that supports the pelvis, and it will be less prone to a forward tilt. These exercises target two of the most important muscle groups for the pelvic area: the glutes and the abs. 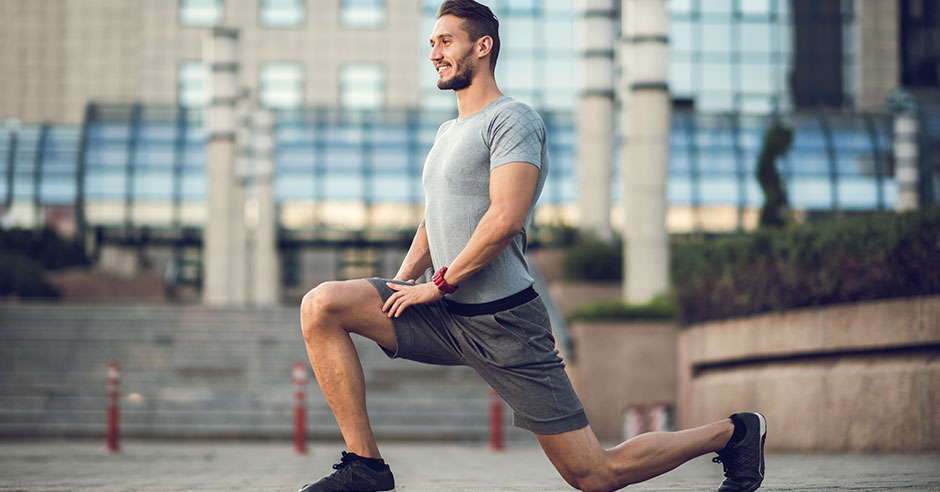 If your anterior pelvic tilt is caused by tight hip flexors, getting them to elongate and release gives the body the ability to assume a more neutral pelvic posture. Here are a few stretches that target the hip flexor group.

Some studies have found that anterior pelvic tilt can be improved in just six weeks. Though, it’s essential to recognize that everyone is different.

While some people may start to correct anterior pelvic tilt within a few weeks, others might require more time. If your pelvis has been tilted forward for quite some time, for example, it may take a bit longer to fix. However, as long as you stick with exercises such as those above, you will begin to make progress.

Learn more about how to correct structural dysfunctions by earning your Corrective Exercise certification. This ISSA course teaches you how to help clients improve their alignment and correct movement restrictions.

The ISSA's Corrective Exercise Course will help you learn how to identify and correct the most common movement dysfunctions that you are likely to see in a wide range of clients.