At some point in gym and fitness history, the platform went the way of the dinosaurs, to be replaced by shiny, fancy machines for strength training. Machines that surely had to be more effective and safer than traditional lifting, right?

It may come as a surprise to even the most well-educated and experienced modern trainers, but the truth is that research tells us that old-school lifting is better and prevents more injuries than any weight machine.

For decades, the only way to get stronger was to use simple weights and to lift them up in various ways; no fancy machines required.

If this is true, how did we end up with gyms packed with Medieval-looking weight machines and no good, old-fashioned platforms for free lifting?

I believe that what happened is a lot to do with marketing and the inevitable interweaving of gyms and the equipment industry. Those companies making gym equipment could only sell so many platforms and simple iron weights. They needed to develop and devise ever more complicated and expensive equipment.

If gyms didn't buy into this new equipment, they were considered to be out of touch and out of date. And that's how we lost the good, old platform. 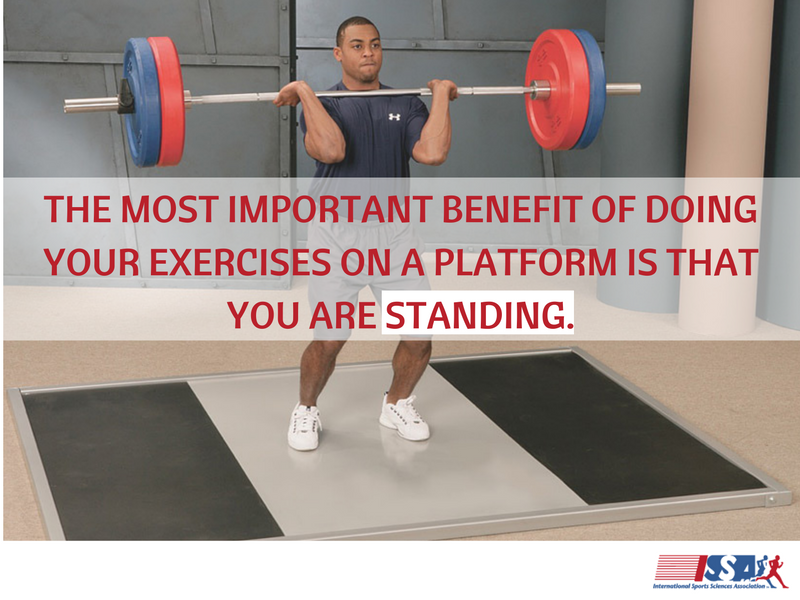 If you're too young to have any idea of what I'm talking about when I refer to platforms for lifting, let me explain.

Back when gyms were much less flashy places than they are today, we lifted with simple weights made of iron. Dropping those weights on the floor was a gym faux pas. It was noisy and damaged the floor.

So, lifters were encouraged to slowly lower weights—which now we know is beneficial for more than just the floor and the courtesy of other gym goers—and were given platforms to lift on so that if a slip-up happened it wouldn't ding the floor or cause anyone to jump.

The platform also served as a safety boundary. If you were lifting on the platform, there was a safe zone keeping other people far enough away from you to avoid being hurt.

Sounds like a great idea, right? Unfortunately, the platform in a gym is all but extinct today, but some of us are hoping for a comeback. Why? Let me share the research with you.

A Platform Forces You to Stand

Perhaps the main reason I hope to see platforms come back to every gym is this:

The most important benefit of doing your exercises on a platform is that you are standing.

You aren't sitting, lying, leaning or supporting yourself in any other way. Your synergistic muscles, grip muscles, stabilizer muscles, and prime movers are all synchronously moving the greatest resistance possible, each contributing uniquely to the effort to force an adaptive response.

This does not happen efficiently in the modern gym. In fact, it rarely happens at all.

This isn't to say that it couldn't. It's just that in today's gyms, little of scientific weight training methodology is known or practiced.

This may sound shocking, but consider how many injuries you see in most gyms, largely shoulder and lower back injuries. Also, consider how many people you see drop out of strength training. According to industry reports, dropout rates are greater than 80 percent.

What's So Bad about Sitting?

Strength training machines have you lying, sitting, leaning, or otherwise being supported by the machine, and this is not the optimal way to develop strength. Two major problems:

A greater chance for injury

A greater chance for failure 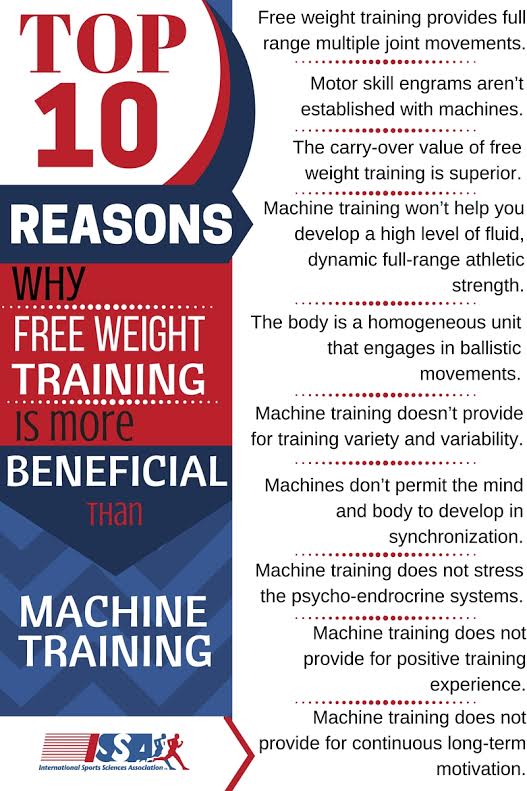 I elaborated on these ten points in Power: A Scientific Approach nearly 28 years ago (Contemporary Books, 1989). They explain why so many people fail to get themselves in peak condition if all they do is train with machines.

They also explain why people get injured so often in the gym. Moving through machine-prescribed patterns and ranges of motion just isn't how the body was designed to operate.

But both O'Shea and I only hinted at the one important point that needs to be addressed. It comes closer to explaining the injuries and drop-out rates. The simple fact is that, with the use of machines, you're almost always sitting, lying or leaning.

There is a lot of information from recent fitness research that demonstrates the risks of injury are far greater training on machines than lifting free weights while standing.

It seems strange initially, right? It's easy to assume that these complicated machines were designed to prevent injury. Not so according to the data:

Here's Why We Should All Be Lifting While Standing 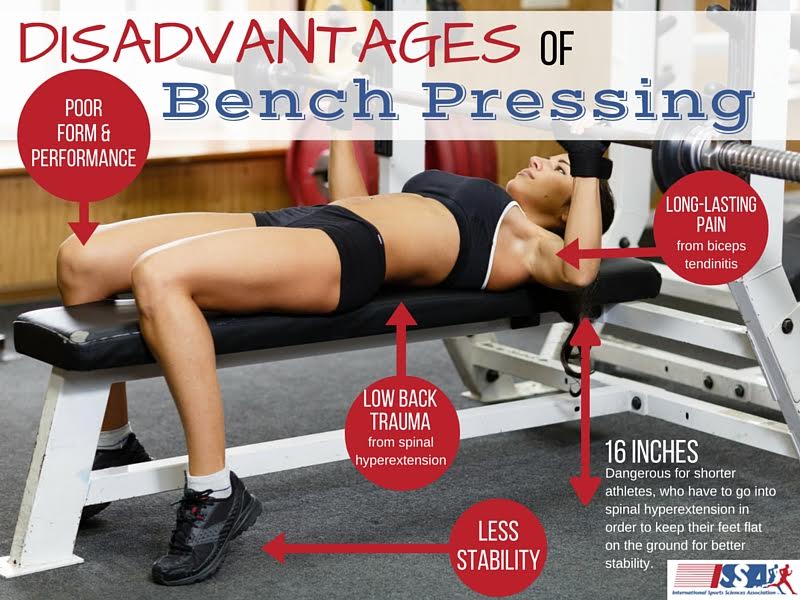 Arthur Drechsler, author of the single most important book ever written on Olympic weightlifting (The Weightlifting Encyclopedia, A is A Communications, New York, 1997), listed eight benefits of free lifting that are not seen with machines:

It's not just machines that eliminate these benefits of Olympic lifting. Consider the use of a bench. It seems simple enough, but lying or sitting on a bench limits the support and stabilizer requirements that are a part of lifting while standing.

As an example, let's look at bench pressing. Lying on your back with 300 or more pounds in your hands presses your scapulae into the flat bench beneath. You lower the bar to your chest. But the scapulae are pinned to the bench and cannot slide inwards as you lower the bar.

They also can't slide outward as you raise the bar off your chest. Lifting while lying on a bench puts harmful stress on the tendons of the long heads of your biceps. The results?

And then there's this problem: Benches are made at a height of about 16 inches off the ground. This is dangerous for shorter athletes, who have to go into spinal hyperextension in order to keep their feet flat on the ground for better stability. The results?

And these are just some of the possible detrimental side effects of one of the simplest weight machines available. 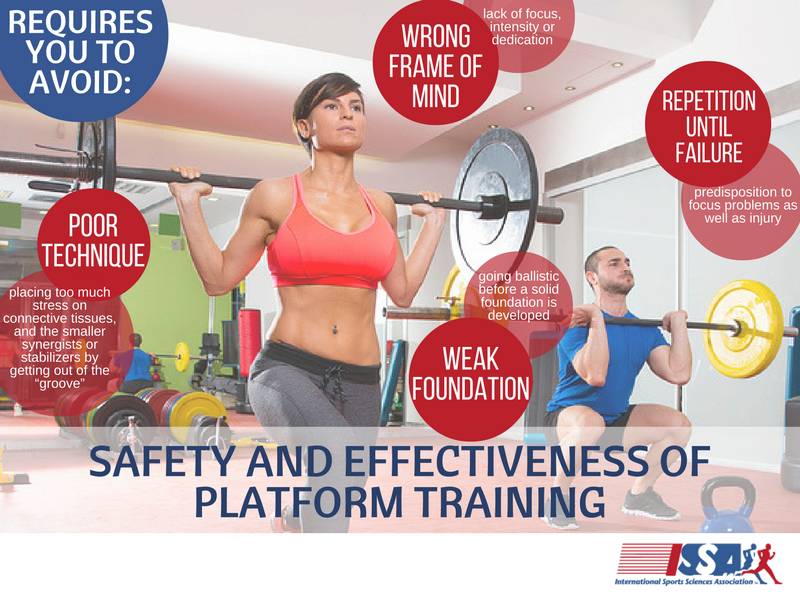 Platform lifting already is safe and effective, according to the research.

However, as with any type of fitness, there are some points of caution. To maximize the safety and effectiveness of platform training, avoid the following:

So, Should I Abandon Machines And Benches? 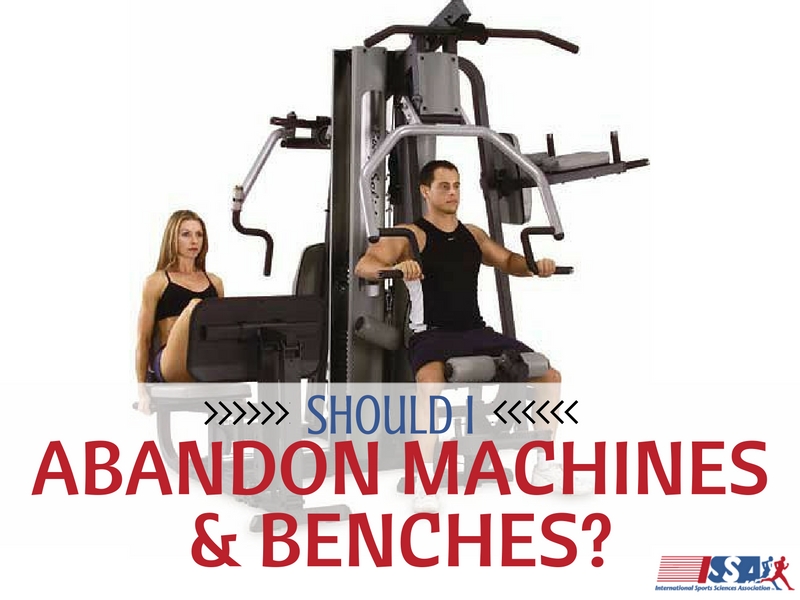 Although I promote the benefits of a traditional platform and Olympic lifting, I don't advocate for abandoning all the machines. They are effective as supplements to a varied workout.

Charles Staley put it rather succinctly in his article on explosive lifting:

When you have a superior somatotype and a favorable hormonal system to support it, and when you have the ability to train hard on a consistent basis, you don't need to sweat the details. Try hard enough, be dedicated enough, and you will succeed with either platform or machine lifting.

Most people in the gym are not these dedicated lifters or professional bodybuilders, though. Most of us can benefit from some variety in our training.

If you feel like your training goals have stalled and you're getting bored with your workouts, instead of quitting, try weightlifting.

With the right supervision, this can be a great way to see better results and to just have more fun in the gym. I recommend calling the United States Weightlifting Federation to find a qualified coach in your area.

Will platforms ever make a comeback in the gym? Maybe not, market forces being what they are. But one thing is clear. It won't happen unless you demand better lifting programs, muscle magazines and lifting websites start talking about it, and personal trainers get a better experience with old school platform training.

1. Hamill ,B. Relative Safety of Weightlifting and Weight Training. Journal of Strength and Conditioning Research, 8(1):53-57. 1994

Found weightlifting to have lower rates of injury per 100 hours than other forms of weight training.

Found knee shear forces to be 30-40% greater on the weight machine than with the barbell exercise.

Retired olympic weightlifters had lower lifetime incidence and prevalence of low back pain than a control group of normal active men of similar age, (23% vs. 31%).