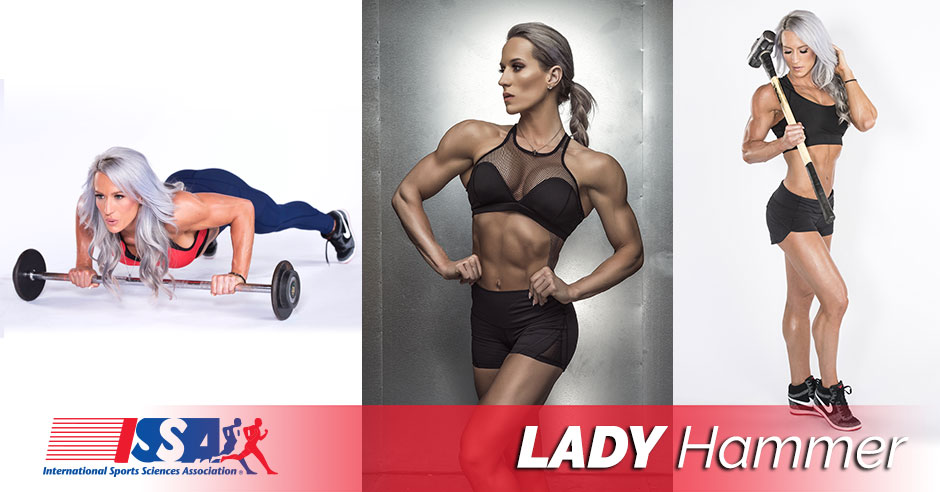 As someone who makes her living as a bodybuilder and an ISSA certified personal trainer, it's hard to imagine that Stephanie Hammermeister could do any better when it comes to nicknames. But there is a case to be made that the "Lady Hammer" should be known as "The Natural."

Still relatively new to professional bodybuilding, the 30-year-old Hammermeister already has reached elite status, having secured an invitation to compete at the 30th Anniversary Arnold (Schwarzenegger) Sports Festival Classic, one of the sports' most prestigious events, on March 1-4 in Columbus, Ohio.

Hammermeister, an Orange County resident, will be among 13 women from around the world competing in the Figure International category.

"It's a huge honor," Hammermeister said. "I was a little surprised to receive an invitation for 2018. Last year was my second year in [pro] bodybuilding, and I had a shoulder injury which prevented me from competing in the 2017 Arnold Classic after having been invited December of 2016. Last year wasn't my best year of competing, so getting another invitation to compete this year is very gratifying to say the least. I'm not going in with any expectations. I think it's best to go in with the idea of simply doing your best."

Hammermeister, who grew up in New Hampshire, has an athletic background that included playing college basketball. She had planned to pursue a career in sports medicine but ended up getting a full scholarship to business school at Southern New Hampshire University. Upon graduation, her interest in athletics was still strong, so she decided to become a personal trainer. She became ISSA certified in 2015, with the idea of eventually starting her own business.

As for her own fitness, Hammermeister took some time off after college before getting back into the gym. Once she did, she said it wasn't long before people were asking her if she was training for competition.

"I didn't even know what that was," she said. "I guess I'm just genetically a match for what they look for in the Figure division — broad shoulders, thin waist, bigger legs. So I decided to give it a whirl."

Hammermeister entered her first amateur competition in 2015 — and finished first in the Overall category. "It was because of my symmetry," she said. "I was nowhere near as big as the other girls, but Overalls are more than being ‘the biggest.' Symmetry, conditioning, and overall stage presence are equal contributing factors in selecting the division winners."

The win qualified her for national competition and provided the chance to turn pro, but Hammermeister knew she wasn't ready. So she trained for another 18 weeks, entered another local competition and won again. She knew then that she was ready to pursue a career in bodybuilding.

While she has enjoyed meteoric success, Hammermeister felt that there was another level for her to reach in terms of maximizing her potential. To that end, she recently began working with a new coach. A coach well-respected within the industry among other coaches, judges and athletes.

"It's a lot different than what I had done before," she said. "A lot more food, a lot less cardio, a lot more heavy training. So the focus has been on building muscle. Because I'm so new to the industry and going up against girls with five-plus years of experience, their dimensions are a lot fuller. So this provided a good starting point for me to begin cutting now while still maintaining as much muscle as possible. My current coach, Kash Guidry, has been extremely involved in this prep with 24-hour accessibility and close monitoring as my bodies changes and progress each week. "

Hammermeister received her invitation to the Arnold Classic in December, which only served to reinforce her already strong inclination to not overindulge during the holidays. So instead of reaching for that Christmas cookie, she said, she reached for a sugar-free Jello. Bringing in the New Year with a toast? Sparkling mint water, with a twist works just fine.

Rather than looking at such instances as depriving herself of something, Hammermeister prefers to think of them as choices that contribute to her overall success. While her and her husband, Brandon, hope to have kids someday, Hammermeister is laser-focused on her career. 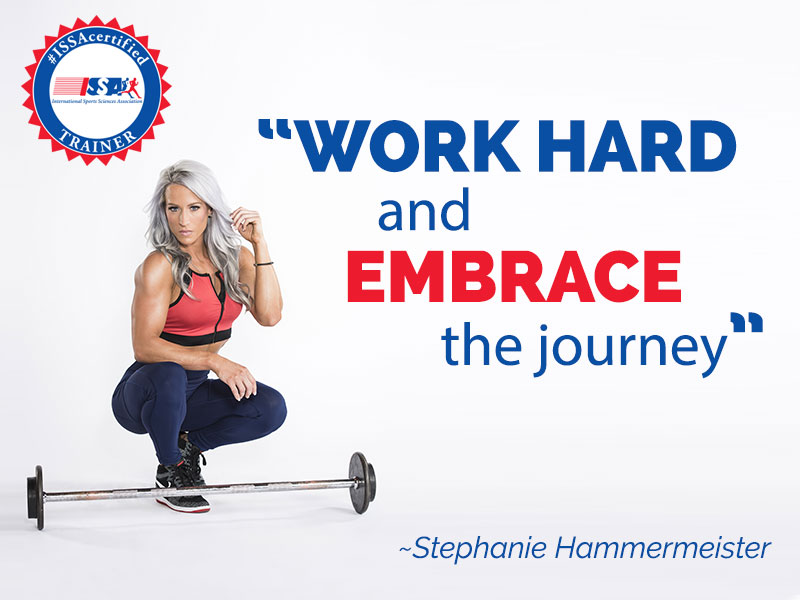 Working as a personal trainer allows her the flexibility to both train for and to travel to competitions. She is committed to doing both — at least for the immediate future.

"I do write down goals. Goals that are attainable within months at a time. Each month they are achieved I set up new, bigger ones," Hammermeister said. "But I don't like to look ahead in terms of how many years I want to compete or to set a date to accomplish certain things over a years time-frame. If something unexpected happens and I am unable to accomplish a goal that I set for myself 2 years out, it just creates a negative mindset moving forward in my opinion."

"It's like you weren't good enough or didn't do good enough to achieve that 2-year goal and that unattainable mentality is not acceptable to me. So I don't like to look too far ahead. I aim to give every day my 100% effort in the direction of my goals with the idea that life is short. Work hard, and embrace the journey."

As for the nickname, Hammermeister said her husband has long been known as "Hammer" among friends. After they married, she took on the nickname in the gym. But somehow, sharing didn't seem right. Soon, "Lady Hammer" emerged.

"People who meet me now don't even know my first name," Hammermeister said. "It's fun. It's like my alter ego."

It's also a natural.